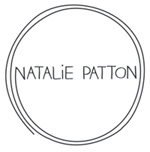 Hungry? Of course you are.

Solos Pizza Cafe started back in 2007, right here in my home state of Minnesota. The concept behind their pizza is that everyone is an individual so why share a pizza? The Solos folks wanted a short, fun video that would tell the story of Solos unique, individualized approach to pizza creation.

Solos high standards for ingredients and emphasis on buying local made this project oh-so-easy to get utterly lost in. I created the visual story concepts, wrote the video script, filmed, edited and finalized the entire project.

Can you image how hard it was to think about Solos pizza for hours on end and not be eternally hungry? So. Hard. Let’s just say, I developed some less an ideal habits during this project. More often than not those habits resulted in one too many late night pizza runs to you-know-where.

Their development office wanted to find a new way to engage and grow their supportive audience  while telling the story of the peace bonds.

After presenting a few ideas to the NP development, they set me and my imagination loose to create! I wrote the video script, filmed, edited and finalized all aspects of this film short.

Before the holiday season was over, the video was viewed over 600 times and Nonviolent Peaceforce were proud to inform me that they had sold a record number of peace bonds that year.

Since then, I’ve had the chance to partner with the brilliant folks at NP on several other projects that are due to premiere this winter.

Mandy & Scott are dear friends of mine who, after years of waiting and listening, have taken a full plunge into this new vocation wrapped up in “The Ranch”. Popping in and out of study sessions, small groups, and speaking events I had the chance to witness, first hand, the potential The Ranch has in our world.